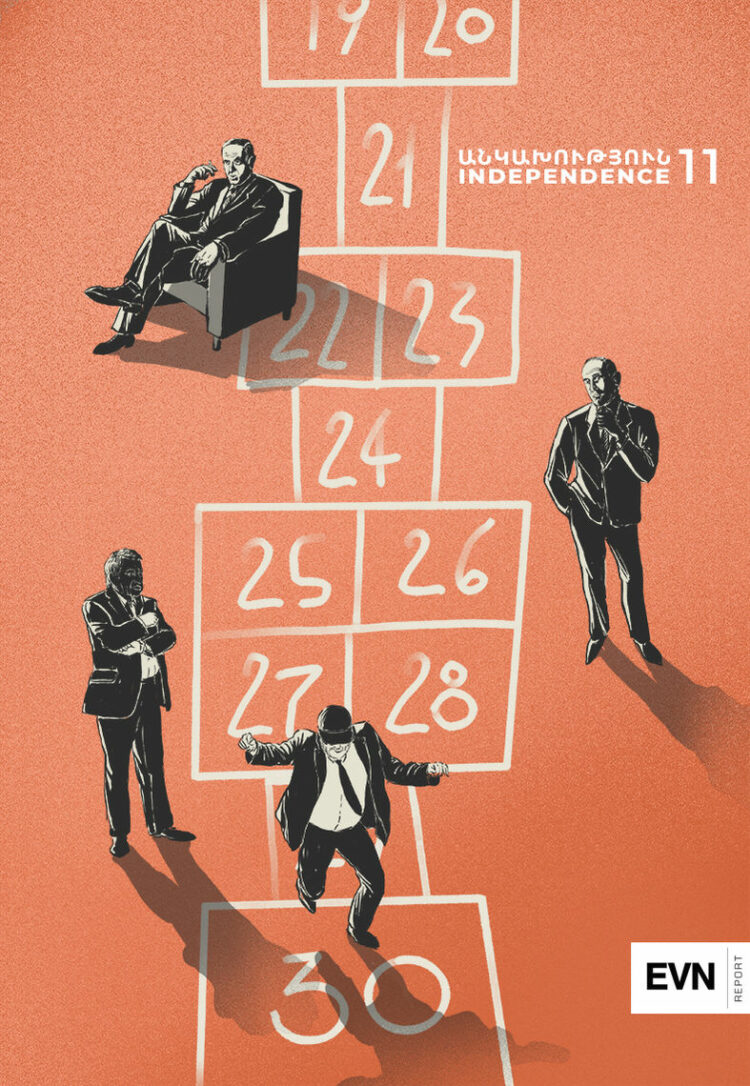 The Republic of Armenia marks the 30th anniversary of its independence on September 21, 2021.

As the Soviet Union was collapsing, the Supreme Council of the Armenian SSR adopted a Declaration of Independence on August 23, 1990. On September 21, 1991 a nationwide independence referendum was held. Independence was officially declared by parliament two days later.

Marking a milestone independence should be celebratory, but in the shadow of the 2020 Artsakh War, it is one that will be marked with mixed feelings and uncertainty about the future.

EVN Report’s 11th magazine issue entitled “Independence” looks back over the four administrations of independent Armenia, revealing their major challenges and hurdles, their setbacks and successes. Over four days, we will cover Armenia’s first President Levon Ter-Petrosyan (1991-1998), second President Robert Kocharyan (1998-2008), third President Serzh Sargsyan (2008-2018) and Prime Minister Nikol Pashinyan (2018-Present). As bleak as the future seems today, understanding the past is the first step to forging a brighter path for the fourth decade ahead.

Armenia’s current Prime Minister came to power in 2018 following nationwide protests. This article chronicles his rise to power, the major challenges and shortcomings of his administration.

Independent Armenia’s third president was Serzh Sargsyan. This article chronicles his rise to power, the major challenges and shortcomings of his administration and his eventual resignation.

Independent Armenia’s second president was Robert Kocharyan. This article chronicles his rise to power and the major challenges and shortcomings of his administration.

Independent Armenia’s first president was Levon Ter-Petrosyan. This article chronicles his rise to power and the major challenges and shortcomings of his administration.