EVN WALKS: A Linguist in Yerevan 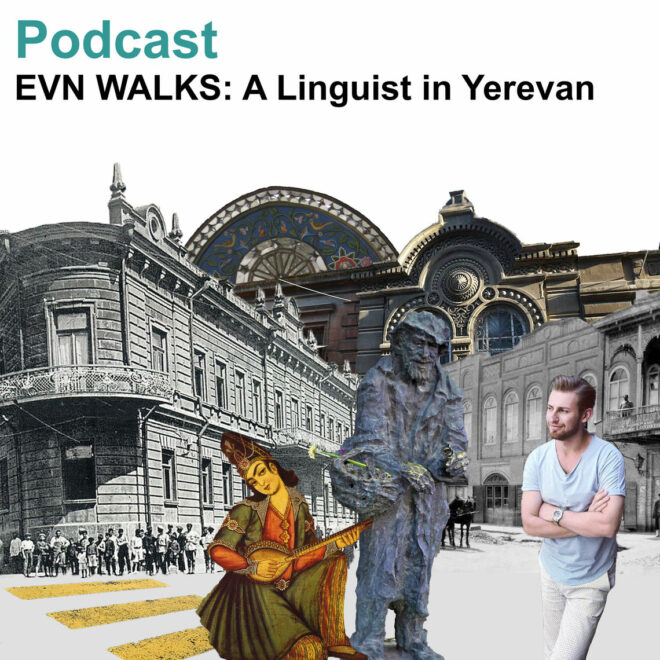 Tzhvzhik – A traditional Armenian dish made from beef liver and onions.

Kara Bala (Stepan Harutyunyan, 1900-1970) – A flower seller in Yerevan in the 20th century, one of the symbols of Yerevan. According to legend, he was in love with actress Arus Voskanyan and one day he got in a fight with a man who was following her. Kara Bala ended up killing him and was jailed. He stayed in the same prison cell with poet Yeghishe Charents who dedicated a poem to Kara Bala. After being released from prison, Kara Bala found his garden destroyed and his family gone. He continued selling and giving away flowers until his death. His statue is located on Abovyan Street and passersby sometimes place flowers in his basket.