EVN WALKS: A Professor in Yerevan 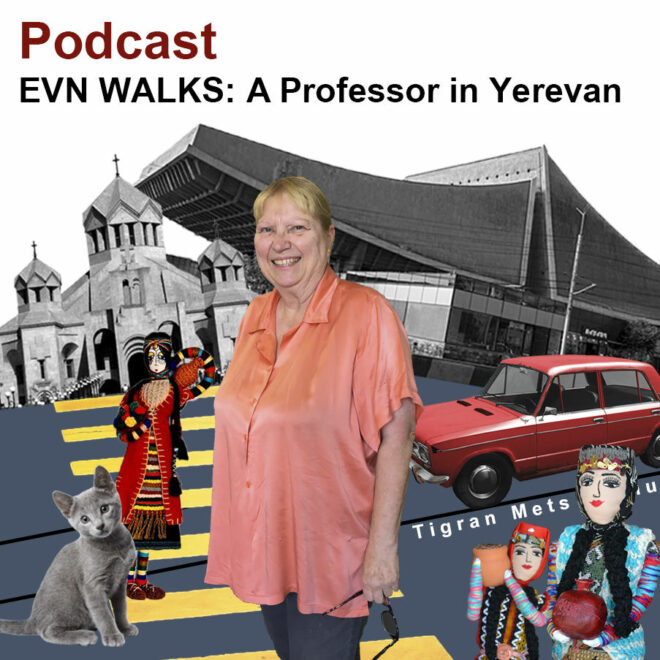 Rossia Mall – a newly built shopping mall located on Tigran Mets Street. The name of the mall comes from the building located next to it, the movie theater “Rossia” (previously “Ayrarat”), an example of Soviet modern architecture. After the collapse of the Soviet Union, the building was transformed into a shopping center.

Saint Gregory the Illuminator – One of the key figures in Armenian history and the first head of the Armenian Apostolistic Church. In 301 AD, thanks to his efforts, Armenia adopted Christianity as its state religion.

Vernissage – a large open-air market near Republic Square. The market is famous among tourists and locals for its traditional Armenian rugs, handcrafted jewelry, ceramics, clothing, as well as musical instruments, paintings and antiquities.