EVN WALKS: A Yerevantsi in Yerevan 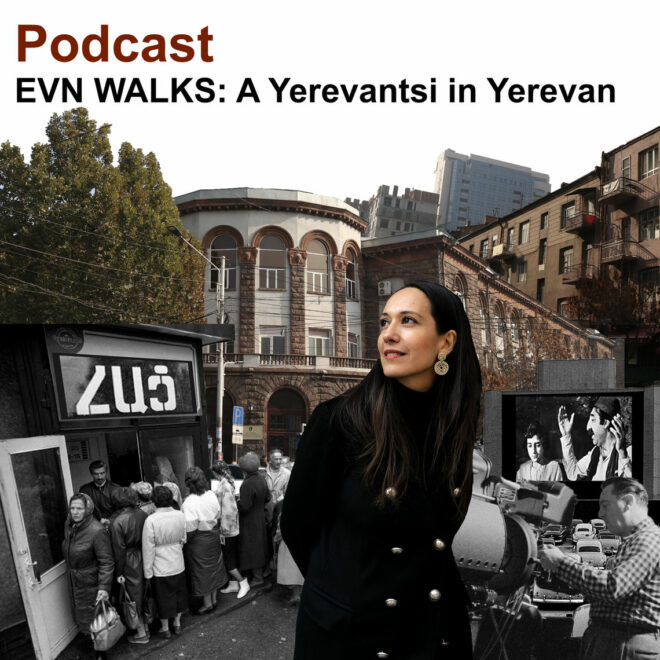 A special podcast series featuring ordinary people walking through the streets of Armenia’s capital city Yerevan. In this final episode of the EVN Walks series, your host is Isabella Sargsyan.

Mark Grigoryan (1900-1978) – Soviet Armenian neoclassical architect, author of several buildings such as the Presidential Palace, the National Assembly of Armenia, Matenadaran, the building of the Constitutional Court of Armenia and many more.

Grand Hotel Yerevan – The first hotel in Yerevan that opened in 1928. During the 1920s it was a popular meeting spot for Armenian intellectuals of the time.

1990s Armenia/”Cold and Dark Years” – In the beginning of the 1990s, newly independent Armenia was at war with Azerbaijan and experienced an energy crisis and shortage of basic consumer goods. The years became known as the cold and dark years.

Northern Avenue cases at ECtHR – In the early 2000s, the Armenian Government under the guise of eminent domain, expropriated private property of people living in that area without providing proper compensation. Many people took their cases to the European Court of Human Rights.

Narek Sargsyan (1959- ) – Former Minister of Urban Development of Armenia and also former Chairman of the State Committee on Urban Development. He also served as Yerevan’s Chief Architect from 1999–2004 and 2011-2014. He was the chief architect of the Northern Avenue urban development project from 2004-2008.