Impressions of a Volunteer

All images used in the article by Sofia Bergmann.

The honeymoon phase passes quickly, and being a volunteer starts to mean more than just living in a different country. As a foreigner with no Armenian background, it was certainly naive to think that moving to Armenia alone and volunteering as a journalist would be easy. Over six months, I began to understand what it means to be a journalist in a country that is not my own: find the holes, go deeper, but never impose.

I was lucky. Pitching my own stories and interviewing everyone from politicians, professors and doctors, to activists, environmentalists and musicians is not a typical job description for a journalism intern who is still in university. While heavier interviews became quite emotional sometimes and more serious other times, I also helped clean oil-covered birds, passed security checks at Armenian ministry buildings, attended live music concerts and traveled across country borders.

Volunteers share different experiences based on their responsibilities, but volunteerism inherently allows one to see more than what meets the eye and come across some exceptional individuals. As the honeymoon phase passes, one begins to also understand Armenia on a deeper level, which often means confronting the complex sociopolitical and cultural impacts on a population. My romanticization of the things that make Armenia unique evolved into analyses, trying to find nuances in everyday life that could be explored, picked apart and written about.

But the experience of volunteerism is not always so simple. You find yourself sometimes grappling with what you think you know and what is right in front of you. Some have trouble seeing past a value system that may conflict with their own, and find difficulty in navigating this new, unfamiliar world. Some also have trouble removing the rose-colored glasses, reveling in the honeymoon phase and idolizing everything Armenian. I would sometimes find myself at group dinners either discussing with volunteers who had not heard of the most pressing issues in the country they called home, and at the same time defending a country I was beginning to call home to those who only saw its flaws. Finding the balance is a difficult craft. I was lucky that volunteering in the realm of journalism led me to attempt to conceptualize and look beneath what I was experiencing in order to jump over the cultural hurdles.

One cannot deny that, as someone who has been coddled in liberal bubbles like California and Germany, I was certainly far away from home when landing in Armenia. It is not always simple to find a home in a country that has a population 20 times smaller than your home state and is about 99 percent ethnically homogeneous, when you are the other one percent. My blonde disheveled hair, non-manicured nails and still developing Armenian language skills turns heads in the shops or the metro. Any deviation from the norm never goes unnoticed in Armenia. Few speak English, and you cannot look up all your questions on Google either. Upon my arrival, people were aggressively protesting the ratification of the Istanbul Convention––a law that would protect women from domestic violence. My queer friends have been harassed in the streets and received death threats, while my French-Algerian friend moved homes several times to escape racism. I have had to relentlessly explain to men that I did not need help walking home, and that no meant no. That all being said, I do not resent any of this.

Because if you understand the history of Armenia—a people stripped of their identity for generations, who have survived imperialism, genocide, war and a revolution, who can finally claim their homeland to be theirs and no one else’s—you understand that tradition is what kept them afloat. You understand their burning desire to cling on to it and you can feel this pride in every corner. No matter where, tradition comes with a multitude of connotations—some flawed and others remarkable. And volunteerism shows you that there is no such thing as perfection.

There are, however, certain things in Armenia that do come close to perfection. Like Yerevan’s lit up fountains at night, the constant festivals and the way old men gather in the same spot every morning for coffee and a cigarette. You see children playing in the streets and eating cotton candy in the summer, and the way women’s fur coats match perfectly with their hats in the winter. The sky fills with birds before the sun sets everyday without fail, and fruit straight from the garden is sold on every block. The way you are welcomed into every home and landscapes reminding you of Mars all make Armenia a pearl that much of the world has not yet found.

And while we cannot run away from certain flaws, we can learn about them and find those who put concern into action. I became inspired by those I met through my work, people who break the status quo and show resilience in the midst of adversities I never had to face. Volunteerism allows one to connect with and learn from Armenians who put so much on the line for their own country. While some will claim that the definition of nationalism is clenching on to traditional values, I found hope in the nationalism that represents what I think many can agree the Velvet Revolution was also striving for: moving forward. And then, I had the great privilege of translating all of this into my articles. While volunteering teaches you so much about a place, it also lets you leave your own little mark and create some kind of home in this other world.

I feel a sense of indirect pride when seeing photos of the revolution, when I interview those who embody the resilience of Armenia as they push for a positive future. But I have also seen what it means for a woman to live in a true patriarchy, what it means for a young generation to fight when much more is at stake than what I have grown up with. I have understood what it means for a country to be stuck in a frozen war with its neighbor, or to navigate being a true democracy, something those back home often take for granted. I have been welcomed by strangers, given a home by people who expected nothing in return. I have felt an unmatched warmth and kindness that does not exist elsewhere. There is a certain fervor of life within Armenians that cannot be put into words, but I was lucky to see it all for myself. 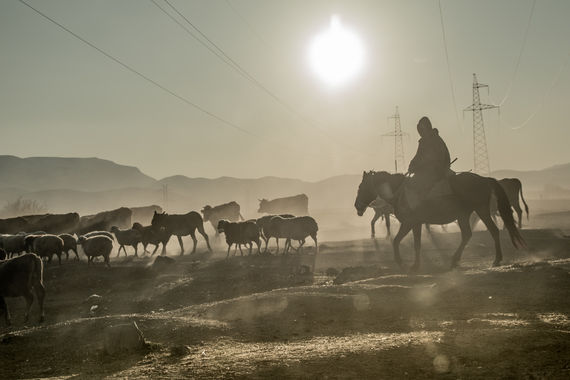 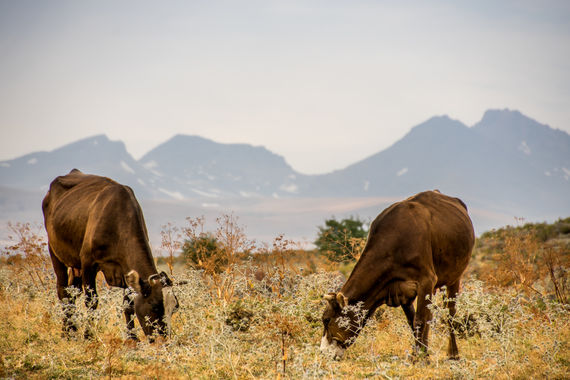 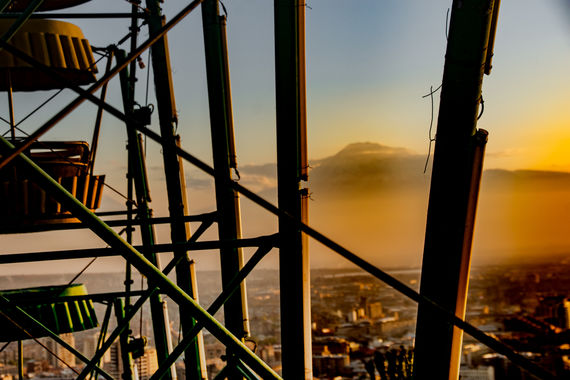 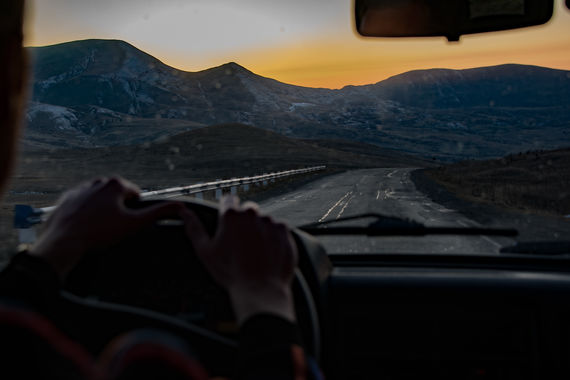 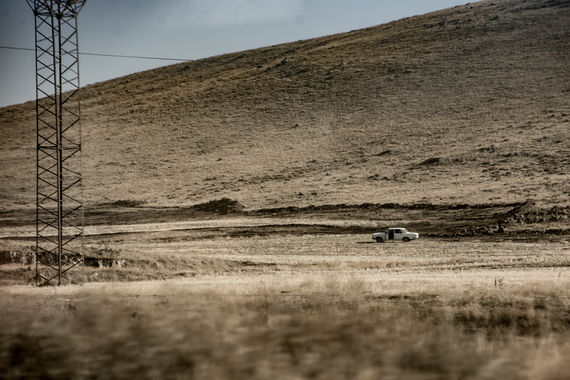 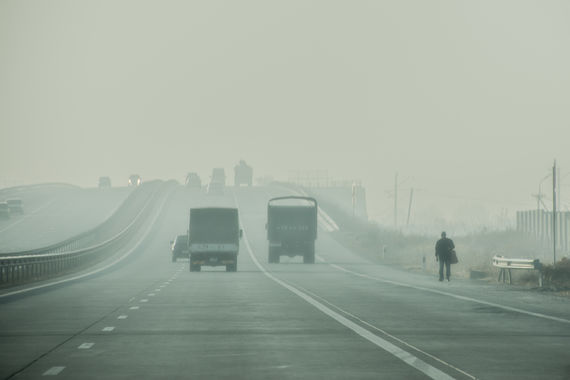 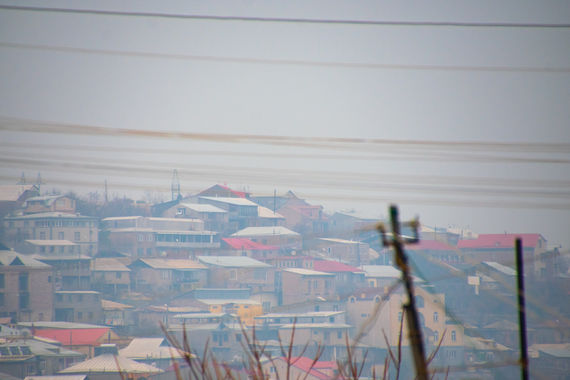 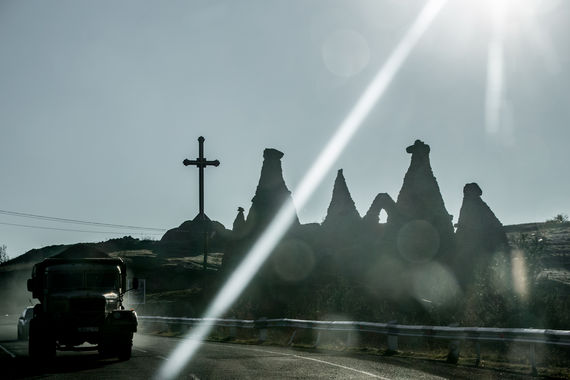 This project is funded by the UK Government’s Conflict, Stability and Security Fund.

The opinions expressed are those of the authors’ and do not necessarily reflect the official position of the UK Government.