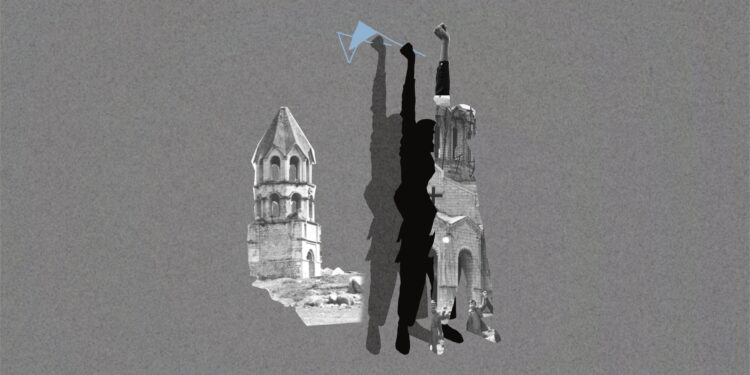 Despite Everything, Artsakh Celebrates

Beatriz Arslanian
The resilience to persevere through unspeakable trauma was embodied by the tenacity to celebrate the May 8 and 9 holidays in Artsakh with a full schedule of events.

The Spirit of Artsakh

Photographer Scout Tufankjian has captured the essence of Artsakh (Nagorno Karabakh) through her photos. One year after the April War, EVN Report is proud to present these images as a reminder that all children deserve to live in peace.

A Deepening Sense of Insecurity

Vahram Ter-Matevosyan writes that it is difficult to measure just how much the average Armenian was satisfied with the explanations the government provided about the scope of casualties and destruction during the April escalation. While the government was quick to praise the heroes of the war, it failed to punish those whose task it was to ensure the army was free of corruption allegations.

Writer and photojournalist Simone Zoppellaro writes that the moral and political responsibility of a conflict doesn’t rest solely on the actors, or those who arm them. It rests also on the nations that would have the power to intervene and stop the hostilities but prefer to keep themselves detached or indifferent.

This special section is a historical overview of the disputed region of the Republic of Artsakh (Nagorno Karabakh Republic, NKR), one of the last unresolved conflicts in the former Soviet space.