How Facebook Became a Depository of Armenian Art and Culture

The COVID-19 pandemic has impacted almost every sphere of life ushering in new rules and significantly impacting social activities. Self-isolation and physical distancing meant the cancellation of all public events, concerts, museums, even library visits. Due to the safety regulations, thousands of cultural institutions worldwide had to close their doors indefinitely. While at first it seemed devastating, people later found ways to connect with culture. In an era of technological advancements, thousands of museums around the world began distributing their collections digitally, world-famous orchestras and theatres provided free access to their pre-recorded concerts and plays and libraries distributed their online resources. Armenia was not an exception.

When the Armenian government declared a State of Emergency on March 16, cultural institutions in the country mobilized their resources and opened their treasuries digitally showcasing the gems of Armenian culture.

People, who would rarely find the time to go to a play or visit a museum were now bombarded with a vast variety of choices. The abundant presence of arts and culture on online platforms was sometimes so overwhelming that it was difficult to choose which concert or play to watch, which lecture to “attend” or which exhibition to admire. The various initiatives not only entertained or provided an escape for people in self-isolation but also forced many cultural organizations to quickly adapt to the new reality and find creative solutions in the digital world. It seemed that culture had become a permanent resident in everyone’s home.

Museums across Armenia were one of the first to respond to the situation caused by the COVID-19 pandemic. Days after the State of Emergency was declared, Armenia’s Ministry of Education, Science, Culture, and Sports encouraged museums, libraries, and other cultural institutions to move their activities online. Museums with the largest collection of artefacts, combined their efforts and distributed their content for different age groups. Using the hashtags #museumwillcomehome [#թանգարանըկգատուն] and #fromhometomuseum [#տնիցթանգարան] on Facebook, hundreds of online exhibitions, educational videos, art contests, games and challenges were launched. Facebook, which is one of the most popular social media platforms in Armenia, became a huge depository of Armenian culture.

Thanks to the new digital reality, museums that previously were quite passive online, started to actively promote their collections. During the lockdown, several museums reported that their followers on social media dramatically increased. At times it even felt like museums were “competing” as they tried to be as innovative and creative as they could. The end result was high quality and engaging content for their audiences.

Educational programs and games for children and adults were among the most popular in the online “museum race.” The Komitas Museum-Institute introduced a series of educational videos where mezzo-soprano Hasmik Baghdasaryan, who is also the head of the musical department of the museum, performed and taught Armenian lullabies to viewers. For about two months, Baghdasaryan helped audiences discover and learn the heartwarming melodies from Western and Eastern Armenia, elevating and spurring admiration for the culture of our ancestors.

Another unique educational initiative was organized by the Museum of Russian Art (Professor Aram Abrahamyan Collection). The museum, which houses works by Russian painters from the 19th and 20th centuries, designed a special program for its younger audience aiming to teach them the various aspects of art. In a video series entitled Follow Yeva, seven-year-old Yeva walks in the halls of the museum, introduces the collections of the museum, various aspects of art, and encourages them to paint in different genres.

Hovhannes Toumanian Museum also initiated a special program for children. Among the most creative initiatives of the museum was the special fairytale series in Western Armenian which aimed to also engage children from the diaspora.

For people who wanted more than just lectures and educational materials, museums went a step further. Following the example of the Los Angeles-based Getty Museum, several Armenian museums challenged their viewers to recreate art works from their collections using items and clothing they could find in their homes. The initiative was actively promoted by the Museum of Russian Art (Professor Ara Abrahamyan Collection), Ervand Kochar Museum, Martiros Saryan House-Museum and was well received by the people. The Hovhannes Toumanian Museum even played around with the challenge and asked parents to photograph their children and recreate the photographs of the writer’s children.

During the lockdown, museums and galleries also incorporated the current reality into their activities. The Ervand Kochar Museum presented a series of masks with Kochar’s artworks and the National Gallery of Armenia  challenged its followers to recreate  the gallery’s paintings on their masks and make the mask-wearing process a bit more cheerful.

Nonetheless, many museums chose different approaches depending on their collections. On a daily basis, the Yeghishe Charents Museum of Literature and Arts that holds the biggest archival collection of Armenian writers, musicians, filmmakers, theatrical artists, introduced to its viewers the gems from its archive including photographs, and personal documents/items of writers and artists; Martiros Saryan House-Museum presented different episodes from the life of the great painter. Nearing the Armenian Genocide Commemoration day on April 24, the Armenian Genocide Museum-Institue shared stories of genocide survivors and encouraged its followers to tell the stories of their ancestors.

Throughout the quarantine, people were given the chance to become better acquainted with Komitas Vardapet, Hovhannes Toumanian, Martiros Saryan, Aram Khachatourian and other renowned Armenians. Although at times it felt as if there was too much information to absorb, Armenian museums surely made quarantine life more interesting. International Museum Day on May 18 was also celebrated online once again stressing the importance of the digitization of cultural heritage. Unfortunately, regional museums were not as active as the ones in Yerevan reflecting the lack of resources and trained personnel outside the capital.

Interaction with the audience is one of the key elements in the theatrical world. After the COVID-19 outbreak, theatres had to stop their activities and rehearsals and say goodbye to their audience for an indefinite period. However, in the era of technological advancements, there are always ways to stay connected.

After the State of Emergency was declared, the biggest theatre in the country, the Gabriel Sundukyan State Academic Theatre initiated an online version of its educational program specifically designed for school children. The project, entitled “Classroom+classical” aims to present to school children the secrets of the theatrical world and widen their knowledge about the various aspects of the sphere. In the scope of the project, the theatre also streamed a series of culture talks with famous artists and shared recordings of plays which were later viewed more than 100,000 times.

Another interesting initiative was launched by the Ministry of Culture, Education, Science and Sports and the Hamazgayin State Theatre after Sos Sargsyan. The project entitled “Arakani” (a collection of fables) presented a series of videos where the actors introduced various parables and encouraged their audience to engage in an intellectual dialogue.

Yerevan State Puppet Theatre was also quite active. The theatre, however, did not forget about its most beloved audience, children, and with the collaboration of the Ministry of Culture, Science, Education and Sports launched a project entitled “The Puppets are Singing.”

Online concerts were probably the most popular events during the lockdown. Various performers, bands and even museums provided a variety of choices to their audience with different music preferences. Self-isolated Armenians had the opportunity to listen to their favorite opera, admire orchestral, chamber and choir music, enjoy jazz and be fascinated by accomplished musicians such as Tigran Hamasyan and Narek Hakhnazaryan.

Like other cultural institutions and organizations, musical collectives also incorporated educational programs. Under the guidance of Sergey Smbatyan, conductor of the Armenian State Symphony Orchestra, the orchestra introduced the online version of its “Class A” project which aims to impart knowledge to school children about classical music and the orchestral world. The orchestra streamed online concerts of classical music, and introduced talks with school children and conductor Sergey Smbatyan.
While many forgot what day of the week it was during the national lockdown, the Armenian National Philharmonic Orchestra ensured each Friday night was special with their project entitled “Friday Philharmonic.” On these evenings, the musicians of the orchestra speak about their chosen profession, introduce the compositions and then perform that piece. 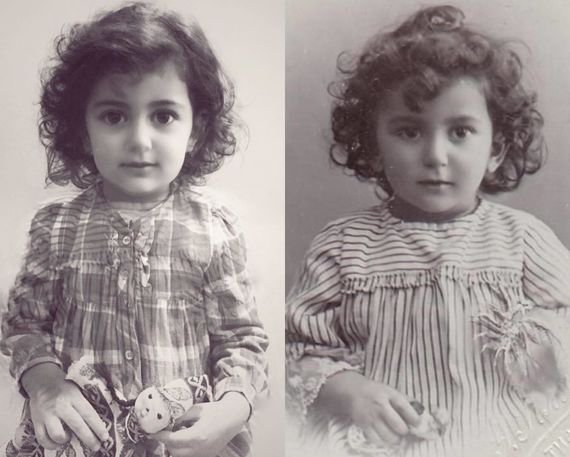 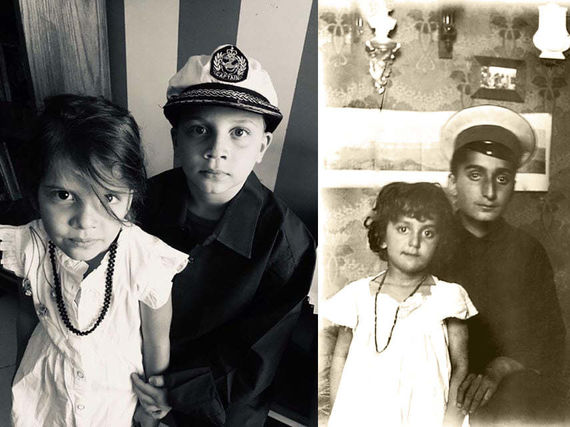 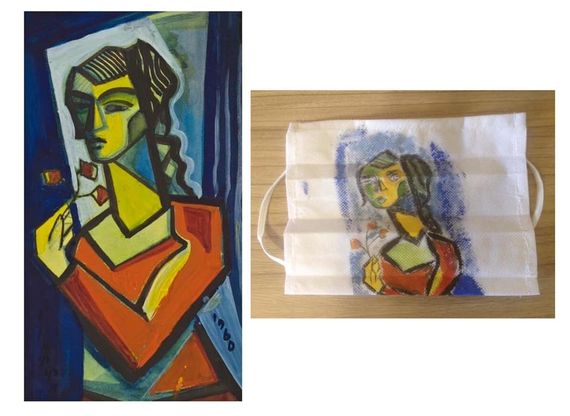 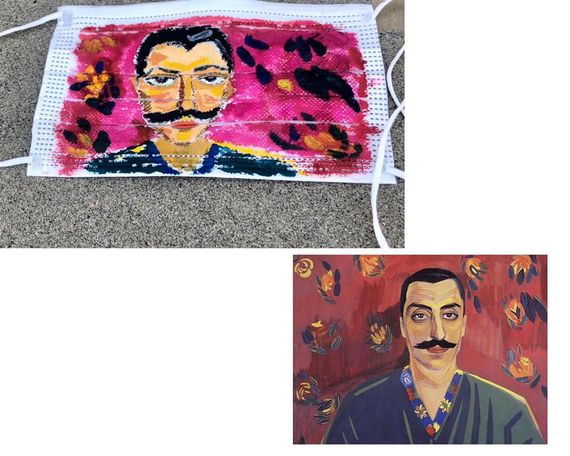 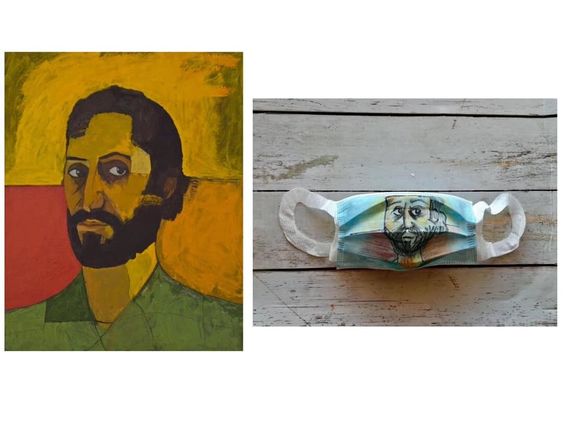 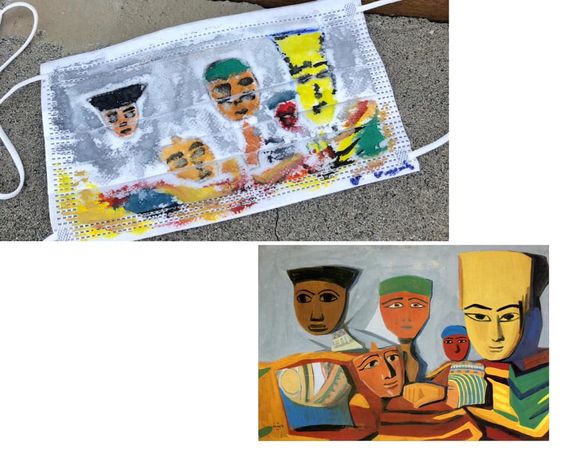 Among other collectives who were making their pre-recorded concerts available were the Little Singers of Armenia, the Armenian National Academic Theater of Opera and Ballet named after Alexander Spendiaryan and the National Chamber Orchestra of Armenia. The latter, however, shared not only music but also educational materials for its followers that included information about musical concepts and various composers.

The Armenian government also launched a series of concerts entitled #non_formal concert; a series of live concerts of solo performers were streamed, ensuring a musical quarantine for several months.

Sometimes, the online concerts took a surprising turn and moved to the offline world. Several musical collectives such as Hover Chamber Choir and the State Jazz Orchestra of Armenia gave surprise concerts in a number of courtyards in Yerevan, much to the delight of residents.

The Armenian National Library, home to the largest collection of books and newspapers  in the country, became one of the most important online resources for people in quarantine. The staff of the library launched a series of videos about popular and lesser known books, shared newspapers that were published 100 years ago, introduced a series of art lectures and also showcased unique and rare Armenian books from their collection on their Facebook page.

However, the most popular resource of the library was the online databases which consist of thousands of scanned Armenian books, newspapers, and magazines from different time periods. Since reading became quite popular during the lockdown, the online databases of the Armenian National Library experienced a huge demand and the overloaded servers caught fire.

While rumors on social media reported that the digitized materials on those databases and the years of meticulous work of librarians were forever lost, the library immediately issued a statement that all the materials had been backed up and they would soon relaunch the online databases. Luckily, after several weeks the National Library of Armenia not only repaired the online databases but also launched its new website. Although the lockdown showed the importance of the library’s digitized resources it also reflected the need for better servers and highlighted the lack of needed resources.

COVID-19 has challenged every aspect of life from healthcare to education, culture to tourism and beyond. It has tested the preparedness of different spheres requiring quick and creative solutions. For a small country like Armenia that has put all its efforts and resources to support the healthcare system during these difficult times, the importance of culture seemed to fade away. However, even with limited resources and human capacity, cultural institutions in the country managed not only to quickly adapt to the new situation but also to actively promote the arts. The new reality unveiled the rich cultural heritage of the country and helped to assess the strengths and weaknesses in various aspects of the cultural sphere from a different perspective.

Photographs were taken from the Facebook pages of the museums.