EVN WALKS: A Foodie in Yerevan 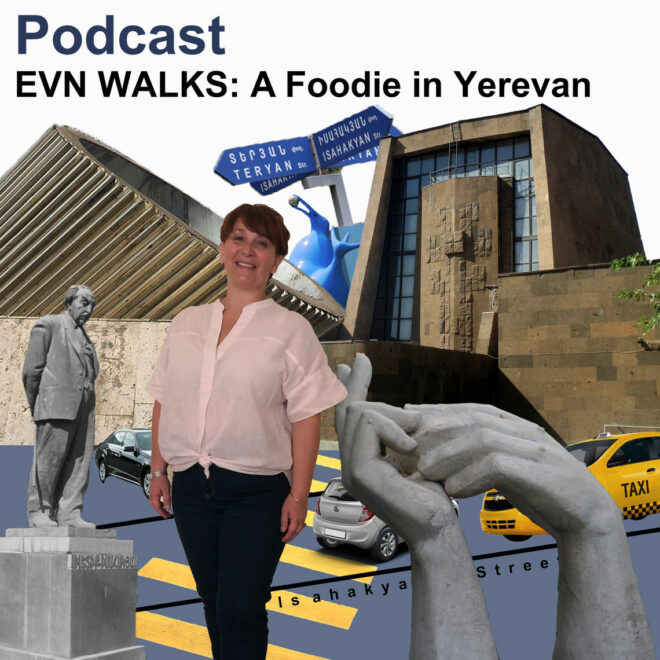 Nor Geghi – A village in the Kotayk province, located 22 km north of Yerevan.

Komitas Chamber Music Hall – A concert hall in Yerevan, Armenia. The building was designed by architect Stepan Kyurkchyan and opened its doors in 1977.

Yeritasardakan Subway Station – A subway station in Yerevan that opened in 1981. It gets its name Yeritasardakan – meaning youth – because of its location near several universities. The architect was Stepan Kyurkchyan.

Friendship Statue – A statue of two holding hands installed at Circular Park, near Teryan Street. The statue was a gift from the city of Carrara, Italy to Armenia. It is also known as the “Hands of Christ” because the hands are replicas of the famous “Christ the Redeemer” statue in Rio de Janeiro.

Paplovok – [поплавок] Paplovok/Aragast is one of the most famous cafes of Yerevan. It was built in Soviet times and was quite popular in 1990s Yerevan.