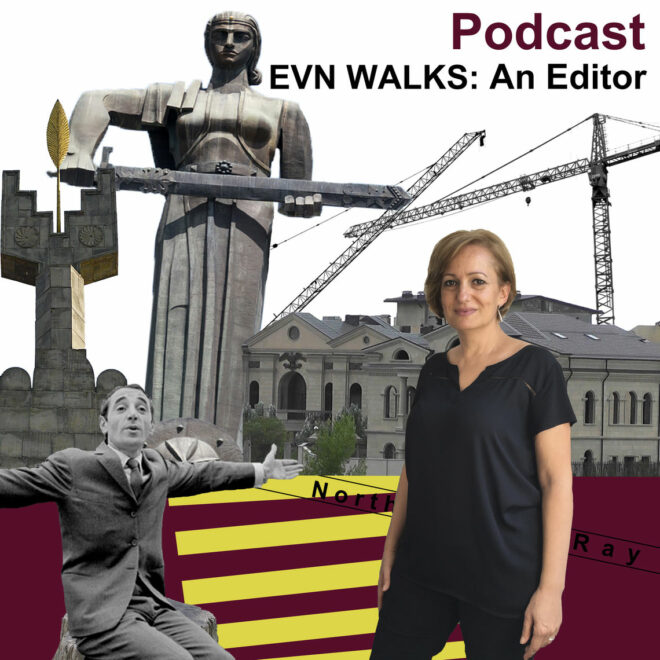 A special podcast series featuring ordinary people walking through the streets of Armenia’s capital city Yerevan. This week’s host is Maria Titizian, founding Editor of EVN Report and lecturer at the American University of Armenia.

Glossary of Terms
Alexander Tamanyan – an Armenian neoclassical architect who drew up the first general plan of the modern city of Yerevan, which was approved in 1924. Among famous buildings and projects of Tamanyan are the National Academic Opera and Ballet Theatre, the Government House at Republic Square, the State Medical University as well as Freedom Square and Republic Square.

Victory Park– a public park located on Аzatutyun Street, in the Kanaker-Zeytun district of Yerevan. The construction of the park began in the 1930s and was named Arabkir City Park, however after WWII it was renamed to Victory Park. It contains a memorial and a museum dedicated to the soldiers of WWII and a part of it serves as an amusement park.

Mother Armenia – a statue of a woman holding a sword symbolizing Armenia. The monumental statue was installed at Victory Park in 1962, replacing the statue of Joseph Stalin. The sculptor is Ara Harutyunyan.